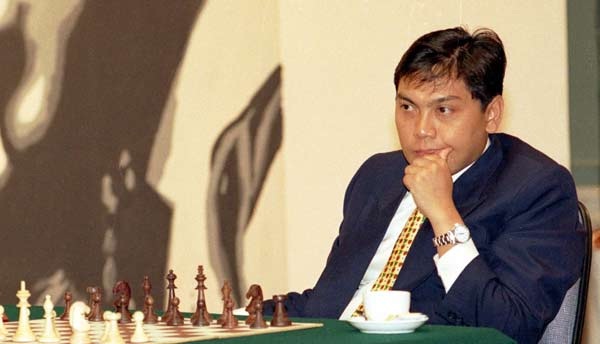 Utut Adianto, Indonesian Legendary Chess Player – Among Indonesia Grandmasters, Utut Adianto is one of the best chess players that ever have by Indonesia. He succeeded in winning various chess competition internationally which make his name famous around the world. Many people get curious with who exactly is Utut Adianto and what achievements he gains so far?

1. The Brief Biography of Utut Adianto
Utut Adianto was born in Jakarta; 16 March 1965. He was born with the real name Utut Adianto Wahyuwidayat. He is the fourth child of five children. He knew chess from his brother at the age of six years old. On 1973 he joined the chess club named Kencana Chess Club in Jakarta. In the same year, he decided to compete in his first chess competition in Chess Competition DKI Jakarta and succeed to reach the 15th position among 45 participants. Starting from this point, he got an enthusiast and diligent in practicing his skill in chess. Utut learns chess not only by practicing but also by reading the chess book. His father, Ngatidjo Adiprabowo gave him a book with the title “My 60 Memorable Games” by Bobby Fisher. Little Utut studied various chess techniques and strategies from the books.

He became the youngest Grandmaster In Southeast Asia at that time. Utut Adianto followed the chess competition for about 715 times, both in Indonesia and abroad. His last FIDE rating was 2566 and later on, he joined in the politic world. Utut Adianto builds and founded a chess school in Jakarta with Machnan R. Kamaluddin, Ir. Eka Putra Wirya and Kristianus Liem. The school is known as Utut Adianto Chess School and has scored several national chess players in Indonesia. Several major Indonesian chess competitions are also sponsored by the gambling website which is also looking for new seeds for young chess players.

Utut Adianto is one of the famous Grandmaster which comes from Indonesia. His skill in chess is so amazing. He learned chess by reading the chess book and compete in various chess competitions. He received his Indonesia Master title in 1985 and Grandmaster in 1986. His hardworking and efforts have made Indonesia famous around the world.